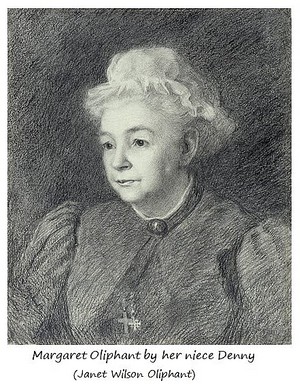 This spiritual story is narrated by a rich young woman who is dying and who describes her journey into the Afterlife, where at first she believes she is in heaven, but then learns that she is travelling into Outer Darkness on a quest which may never be accomplished.


Biographical and other notes

Throughout her life Margaret Oliphant believed that women must help each other; and that each able woman should take responsibility for another woman who was struggling. She voices this philosophy in this short novel.

It is unclear why Mrs Oliphant's publisher, Blackwood and Sons, did not first serialise Dies Irae in Blackwood's Magazine, to generate larger sales for the book version which would follow. It is also unclear why this short novel was published anonymously, though the following passage written to her publisher may provide the explanation:

To Mr Blackwood - Windsor 11th January [1895]
I send the proof corrected but pray don't publish it unless you think you can risk it. I should much prefer not putting any name, but if you prefer that I should take the responsibility, as is quite right, put the initials only. It seems to me however that any name would spoil the effect. It is sure to be attributed to me. My "Little Pilgrim" has never had my name, but nobody ever doubted that it was mine; and this too would be better for being without a name, but I leave it to you - nothing more than initials in any case . . . . *


This little book is missing the usual subtitle, "A Story of the Seen and Unseen". And Margaret Oliphant was mistaken in thinking that the story would be recognized as her work. Perhaps a new generation of reviewers were less familiar with her Little Pilgrim and other spiritual stories. The book came out in a small edition, followed later by a "second edition" with a paper cover.

* Passage from the Autobiography and Letters (page 419). Margaret Oliphant's cousin Mrs Coghill (Annie Louisa Walker), the editor of the Autobiography and Letters, was unaware of the existence of Dies Irae. She believed the letter to Mr Blackwood must be referring to a forthcoming article in Blackwood's Magazine, "Fancies of a Believer". But it would not have been necessary to request anonymity for "Fancies of a Believer", since virtually all articles in Blackwood's were published unsigned in any case.

Stories of the Seen and Unseen